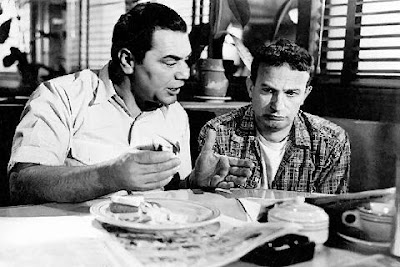 Though I doubt much has been written about the life and career of Joe Mantell, he was one hell of an actor and will be fondly remembered. The obituary notices yesterday were brief and to the point, each crediting him, in tandem, with perhaps the most famous line from CHINATOWN, “Forget it, Jake. It’s Chinatown.” Well, to some, Joe Mantell should be remembered for much more than this.

Though while also being nominated for a Best Supporting Oscar for his fine portrayal of Ernest Borgnine’s best pal in MARTY (1955), as well as playing Jack Nicholson’s partner and photographer in CHINATOWN (1974), Joe Mantell was infinitely more than just another second banana. His characters were nearly always gritty, streetwise malcontents, but in them he breathed bursting life and heart and a vulnerability that made you recognize him and care about him. I almost always felt like I knew guys like Joe growing up - and know guys like him now. He disappeared in those roles. He made them real people - the kind that wore their hearts on their sleeves, the kind whose pain and anxiety were palpable. 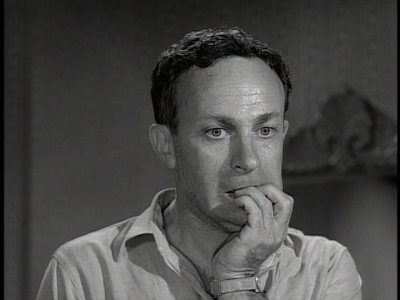 My own connection or interest in Joe Mantell is a rather peculiar one. As one of the world’s biggest fans of THE TWILIGHT ZONE (1959-1964), I’ve seen every episode and some more than others. And there is one episode I’ve seen too many times to count - often in my darkest hours - and that is “Nervous Man in a Four Dollar Room”, starring Joe Mantell. 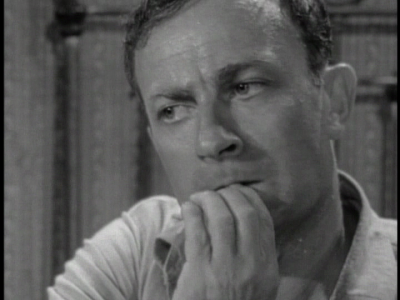 The episode, in which a small time crook, Jackie Rhoades (Mantell), is ordered to murder an elderly barkeep and wrestles with his conscience and his “other self” (all set in a dirty, rundown hotel room), attests both Mantell’s ability to handle a wide array of emotion as well as play two very separate versions of the same man. His performance is an absolute tour de force, a brilliant testament to the range of an actor who was otherwise typecast through much of his career. 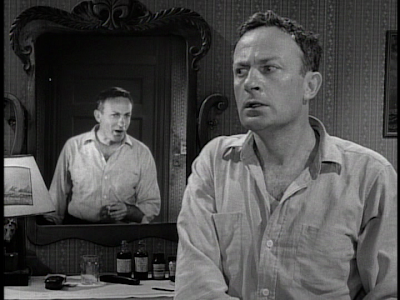 The story begins as Jackie receives a phone call from George (William D. Gordon), the man whose grim shadow looms large over Jackie’s squalid reality, whose ruthless bidding keeps Jackie moving ever closer to the brink of doom. George, hinting at an assignment he’s in mind for Jackie that night, hangs up on him mid-sentence, showing no respect. All Jackie can do is chew his nails and sweat it out, distressing over these prospects until George arrives. Scripted by Rod Serling, his opening narration says it best: 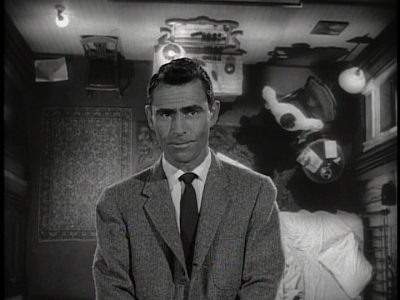 "This is Mr. Jackie Rhoades, age thirty-four, and where some men leave a mark of their lives as a record of their fragmentary existence on Earth, this man leaves a blotch, a dirty, discolored blemish to document a cheap and undistinguished sojourn amongst his betters. What you are about to watch in this room is a strange mortal combat between a man and himself, for in just a moment, Mr. Jackie Rhoades, whose life has been given over to fighting adversaries, will find his most formidable opponent in a cheap hotel room that is, in reality, the outskirts of the Twilight Zone.” 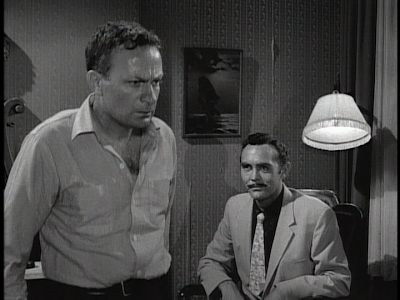 George arrives, mocking Jackie’s nervous, meek disposition, then proclaims, “Tonight, I’m gonna let you be a man, I’m gonna let you show some muscle for a change. Tonight, Jackie, you’re gettin’ up in the world.” With these words, he tosses a pistol on Jackie’s bed, explaining there’s an old man who owns a bar in the neighborhood who refuses to pay “protection” - and tomorrow morning the police will find him sprawled out dead over his bar. When Jackie refuses, claiming he doesn’t have the guts for this kind of thing, George lays into him, explaining he’s nickel and dime and everybody knows it… “and that’s why you’re gonna get away with it.” The rationale being nobody will suspect such a weasel, such a weakling. “And if I find out you welched on me, that you chickened out… you’re dead.” 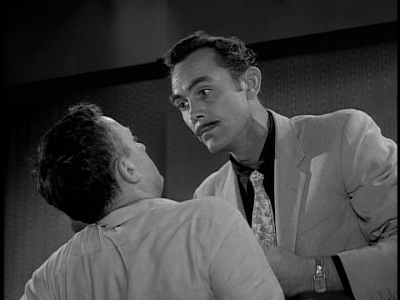 So the struggle begins, with Jackie pacing the room, lamenting and agonizing his position and challenging himself in the dresser mirror. It’s a truly gut-wrenching spectacle - one that is handled with exceptional depth by Joe Mantell. Then, all the sudden, his mirror image addresses him. “Hello, Jackie.” “Come back here! You’re not running out on me this time.” “Jackie. I’m part of you. Don’t you even remember me? A long time ago, you could’ve gone one way or the other. You went your way. Cheap, weak, scared, half-vulture and all mouse.” Jackie begins gnawing his fingernails again. “I’m cracking up… I’m talking to myself.” 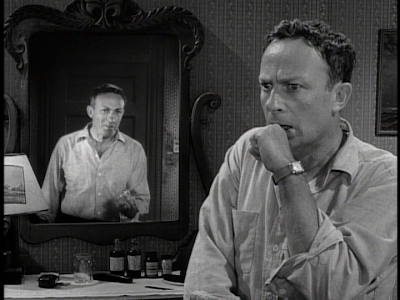 “That’s just who you are talking to. Part of yourself. The part that you never let out.” Jackie’s other side, self assured and indignant over their predicament, goes over his history, exactly where he went wrong at a young age and why. He laments the loss of his good nature, the squandering of an earlier love, the abandonment of his self-respect and free will. He is the antithesis of the Jackie we first met. “You got nothing. You are nothing. You gotta let me take over… before it’s too late!” These are two very distinct, nuanced characters, the likes of which a lesser actor could never pull off. 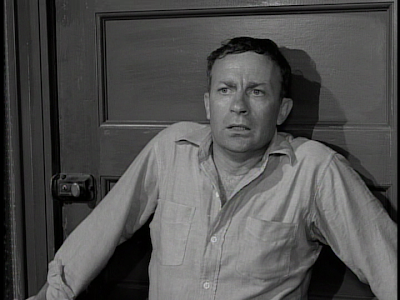 When George returns, enraged, he finds Jackie lying face down on the bed. “Get up little man. I’m gonna take your skin off foot by foot.” “What have you got to say for yourself, crumb?” A very different Jackie Rhoades rises from the bed, calmly. “What have I got to say for myself?” “I resign.”
Without pawing through every detail that follows, Jackie is now “John” and has taken his first steps into his new life, one in which he can hold his head high, in which he has the same chance as any man at a decent and fulfilling future. 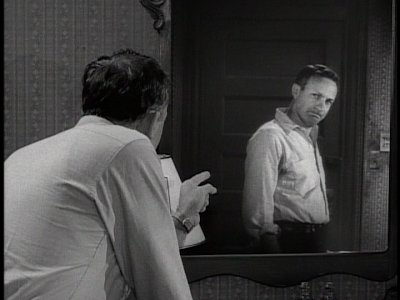 While I’d rather not reflect on my “darkest hours” I’d mentioned earlier, this episode had an unlikely transformational effect on my life as it kept reminding me I could be more, that it wasn’t too late to change things, that a man can take back that which was forsaken too long ago to remember - his dignity.
Rest in peace, Joe.  You will not be forgotten. 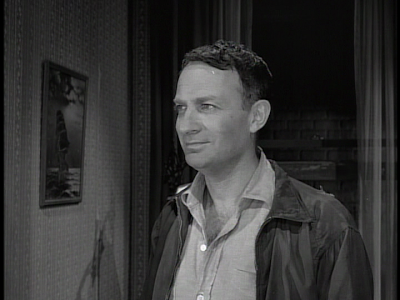